When event coordinators from IMG Live (an Atlanta, GA based experiential marketing company with award-winning strategy) reached out to me late last fall I had no idea who they are nor what they do. Even after talking to them and learning about the company and corporate event that had to photograph I still had no idea that I’m getting myself into one of the most exciting (and most intense) corporate event photography project I ever worked on.
I had to put together a team of two photographers and photo editor to join #AppYourService campaign for Marriott Rewards tour  in Green Bay, Wisconsin. The goal during the upcoming corporate event was to involve Marriott Rewards members into Twitter conversation/game while using hashtags #AppYourService and send surprise gifts to some of them via concierge service. It all would be happening during Green Bay Packers pre-game tailgating at the Lambeau Field surroundings. 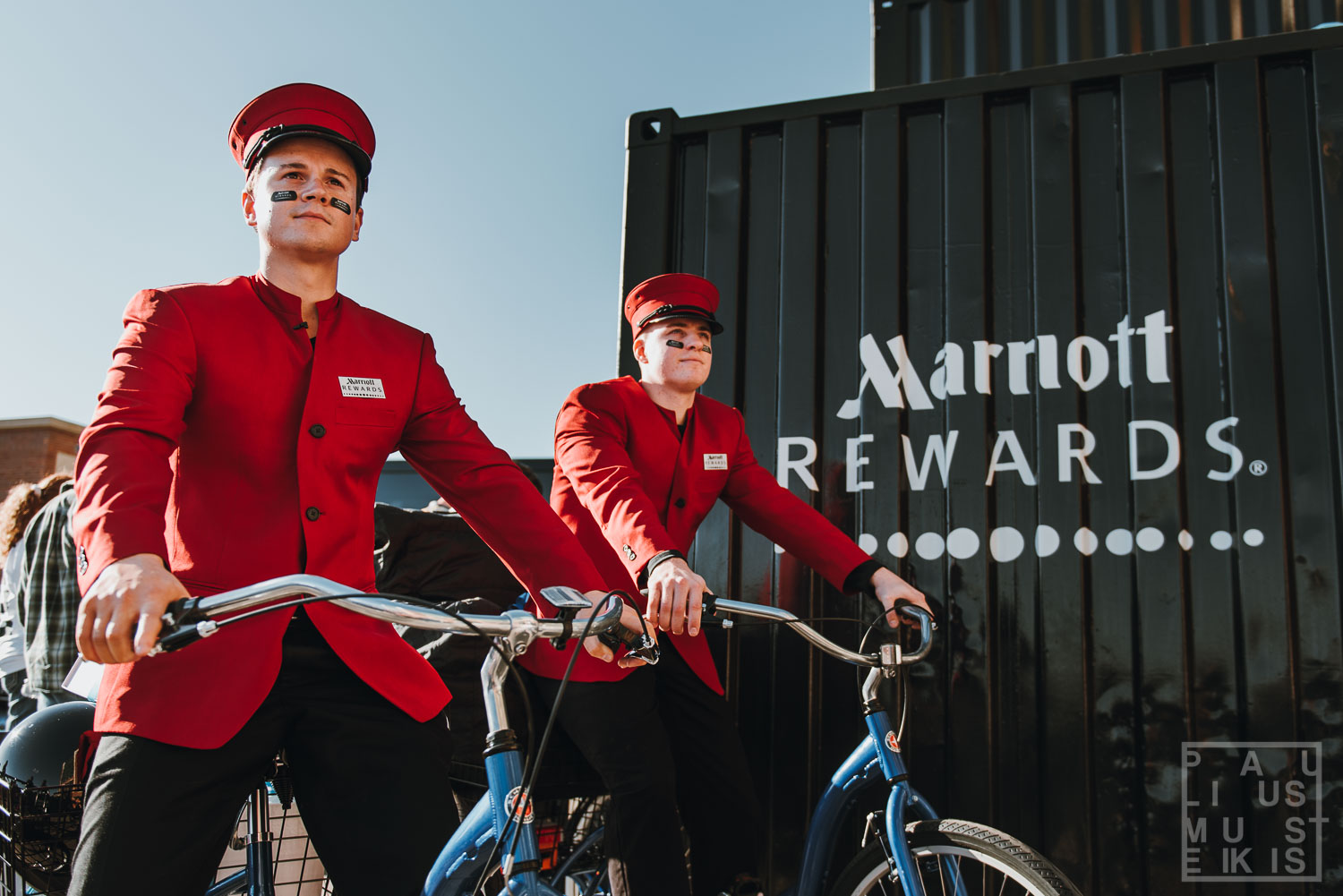 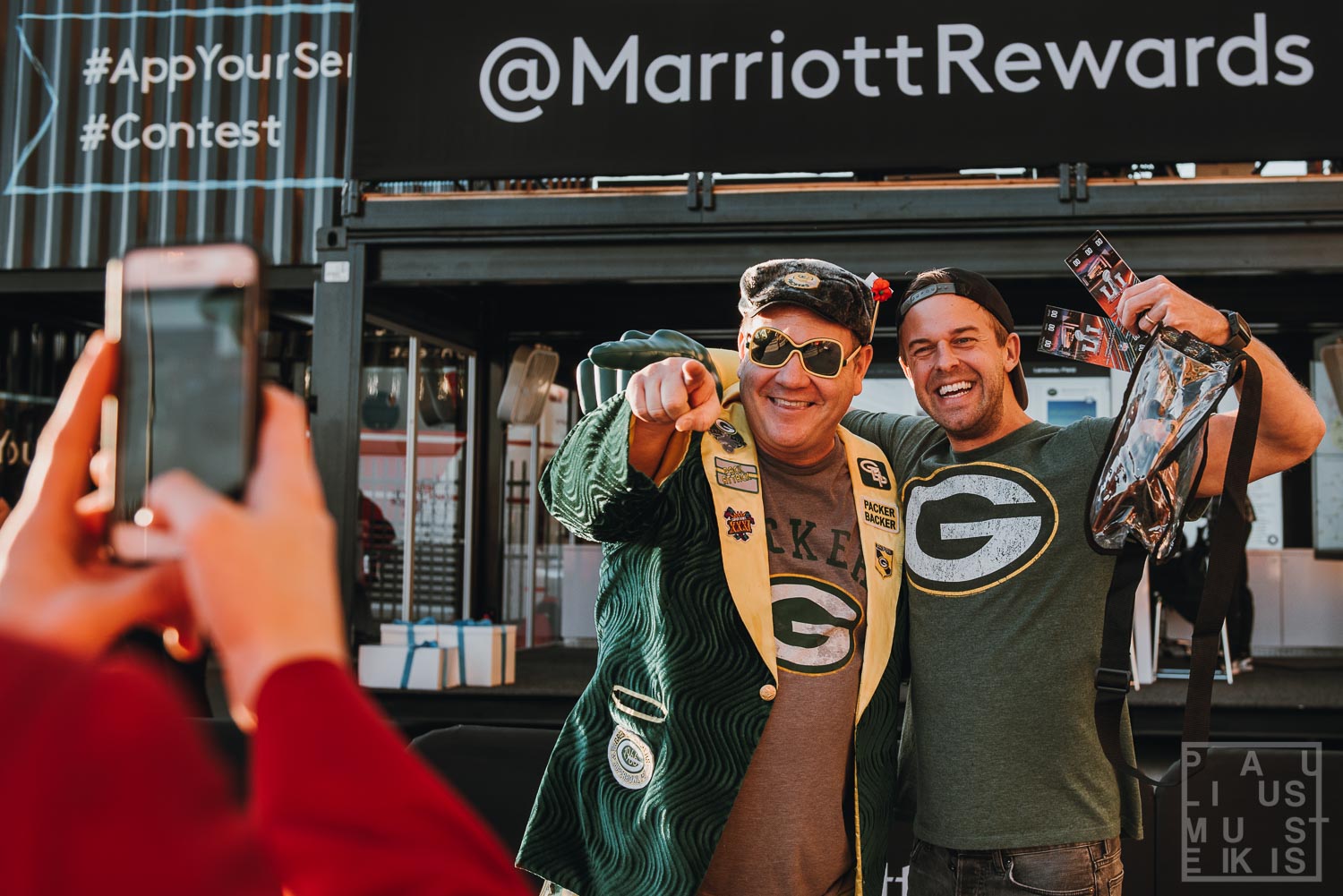 When IMG Live folks described me what they are looking for on the event day, I knew that I needed teammates who can make quick decisions, are not strangers to portraiture, are good photojournalists and have good photo editing skills.
To help me with this corporate event I invited my two fellow professional wedding photographers from Madison– Ilana Natasha and Romulo Ueda. Romulo was going to help with photography and Ilana got selecting, editing and retouching job. 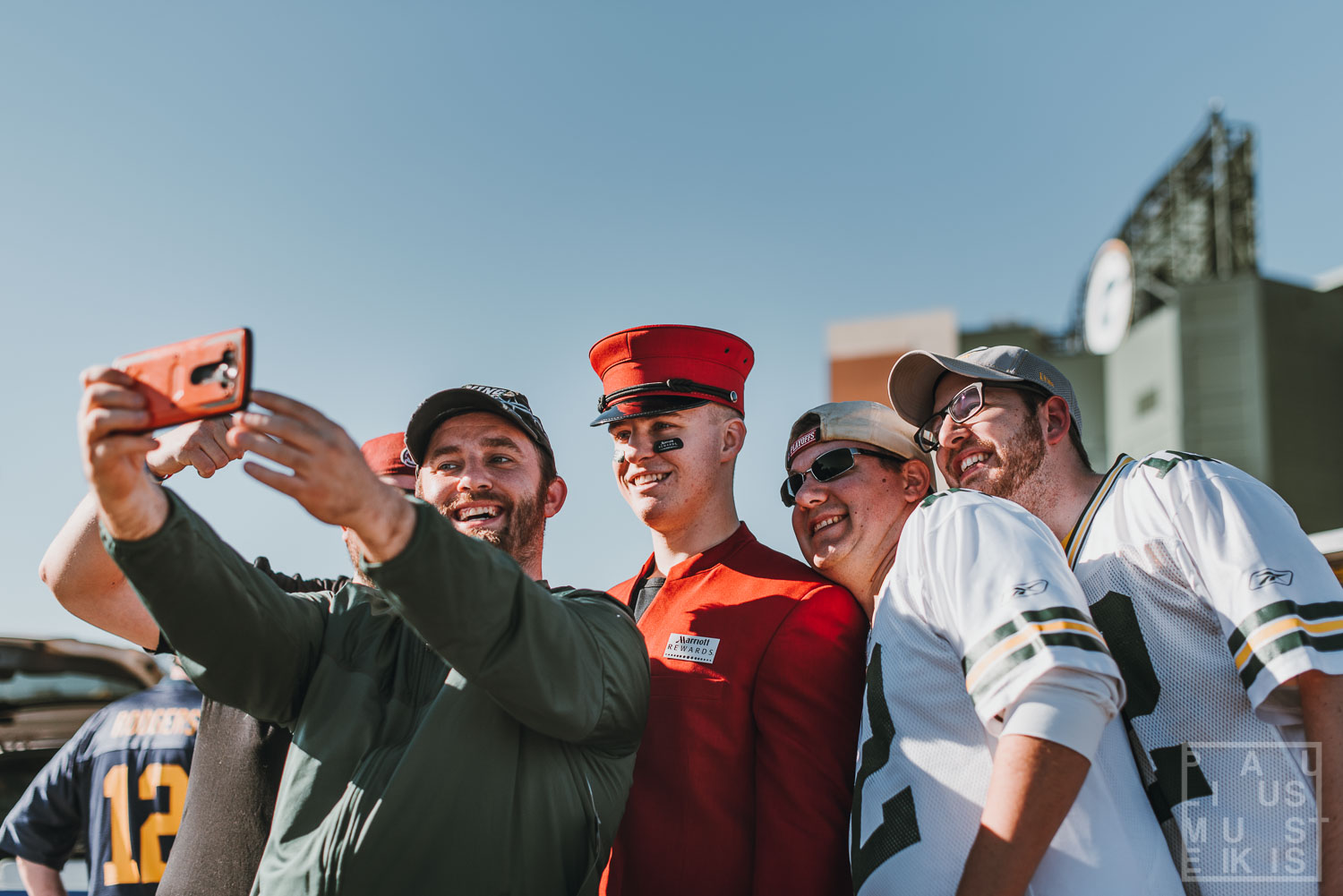 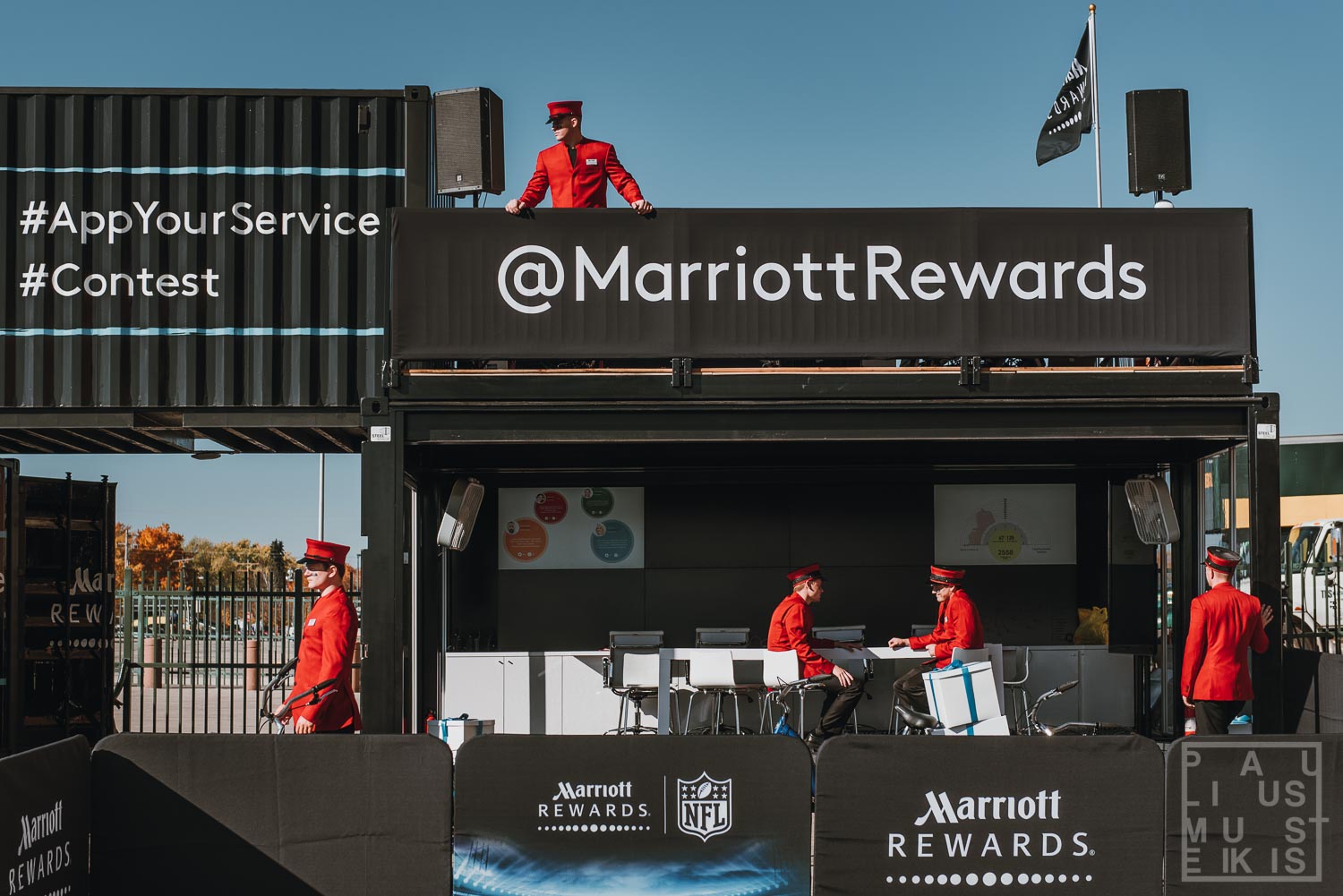 Corporate event day in Green Bay started early, got busy  quickly and kept us on our toes for the rest of the day. I started with some straightforward and bold portraits of concierge team.
When the tailgaters started to show up, everybody got to work. Marriott, NFL and IMG Live representatives were monitoring Twitter #AppYourService hashtag activity on the big screens from the field office. Once interaction with selected Marriott Rewards member was made, team would put gift pack together (that varied from camping chairs to generator paired up with flat screen TV and game console to official NFL clothing to Superbowl tickets) and sent out concierge with a photo or video to deliver it. It all had to be a surprise to a winner and all photographs had to be real, honest and raw moments. 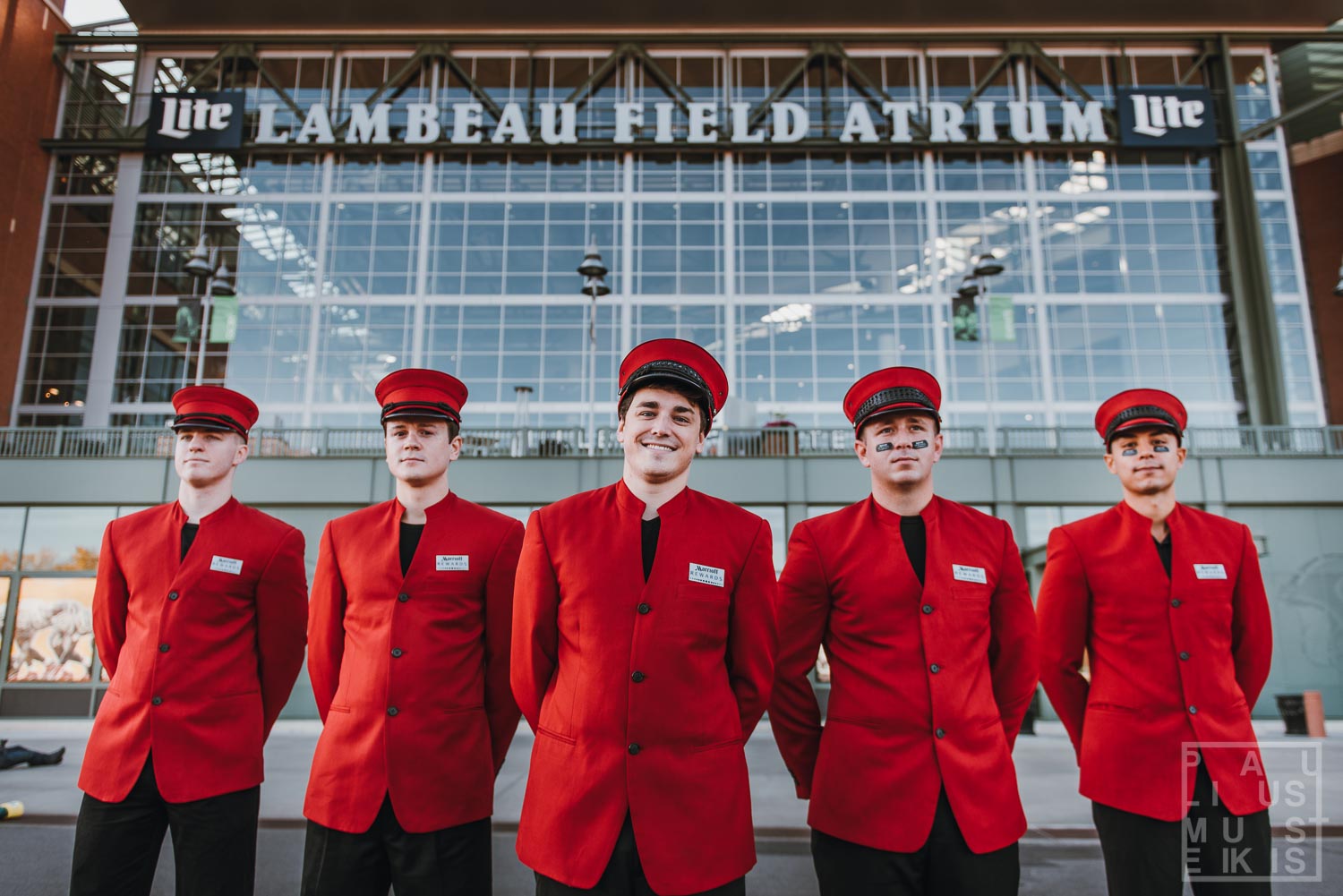 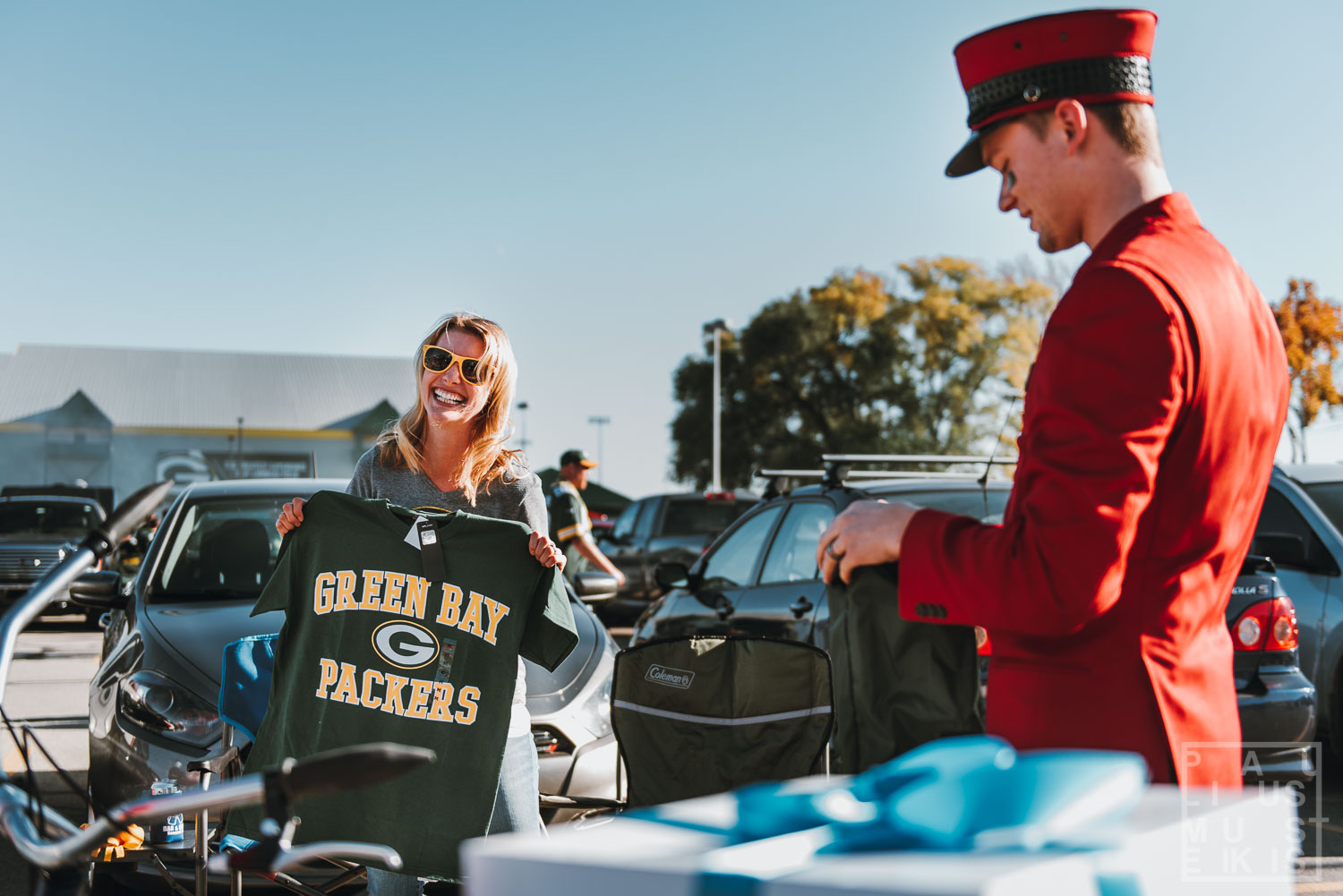 Once delivery was made and all was documented, media cards from cameras were given to runners to deliver them to editing crew’s RV parked about half mile away in residential area. All images then underwent careful selection, were edited, had to be approved by representatives of IMG Live, Marriott, NFL and were posted on Marriott Rewards Twitter account. Romulo and I were watching them going live during our short brakes during our corporate event photoshoot.
Our team’s goal that day was to have 7 images go live on Twitter. Which in a way seems like an easy task, but… Due to very strict restrictions it was helluva difficult thing to accomplish. Pictures couldn’t have any no other logos in them, except for Marriott, Green Bay Packers and NFL logos; pictures couldn’t have majority of NFL players names and numbers on clothing (except 5 players); pictures couldn’t have any alcohol (!!!) in them, etc. So yeah, out of required 7 photographs, during this live and unstaged corporate event coverage we managed to get 5. 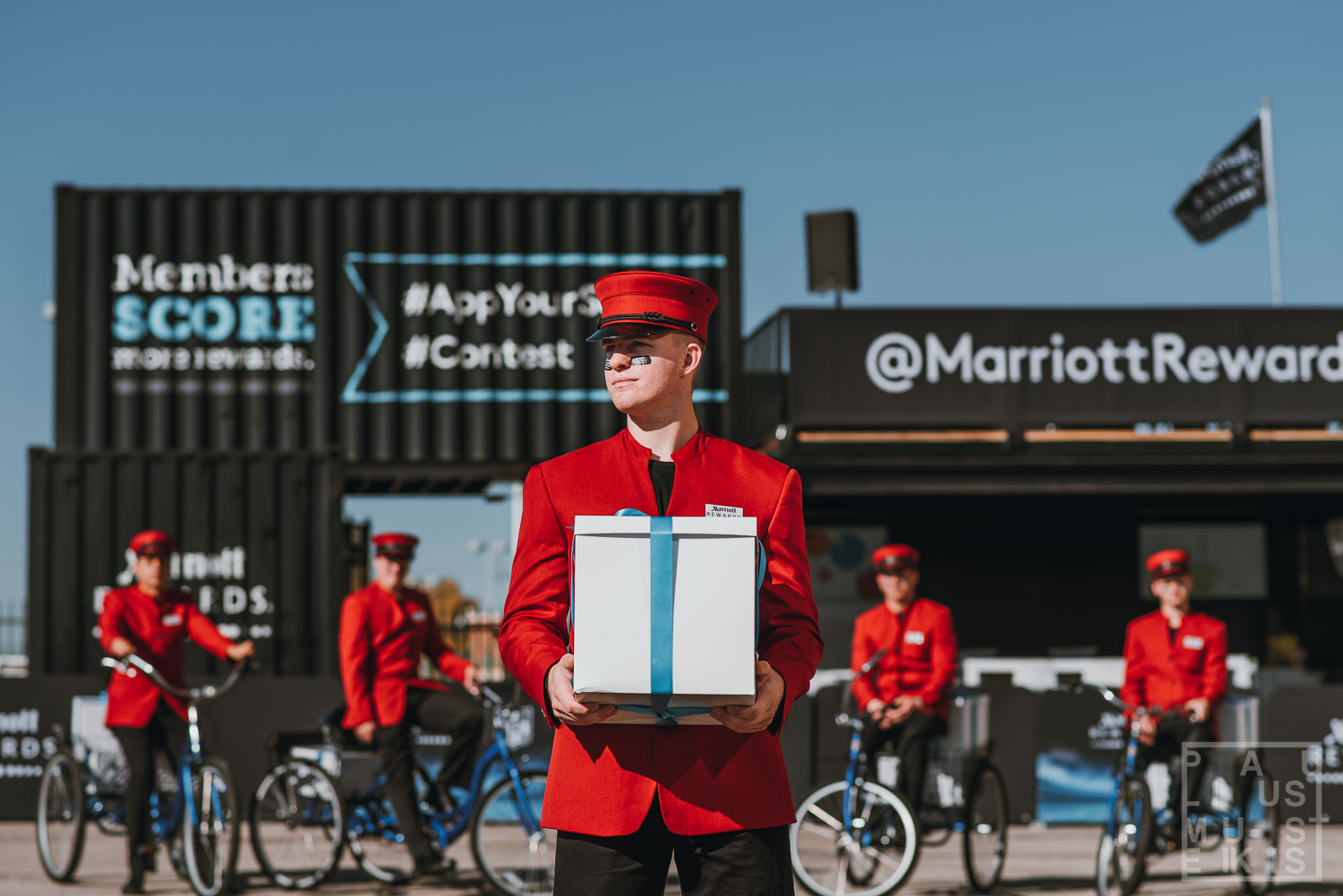 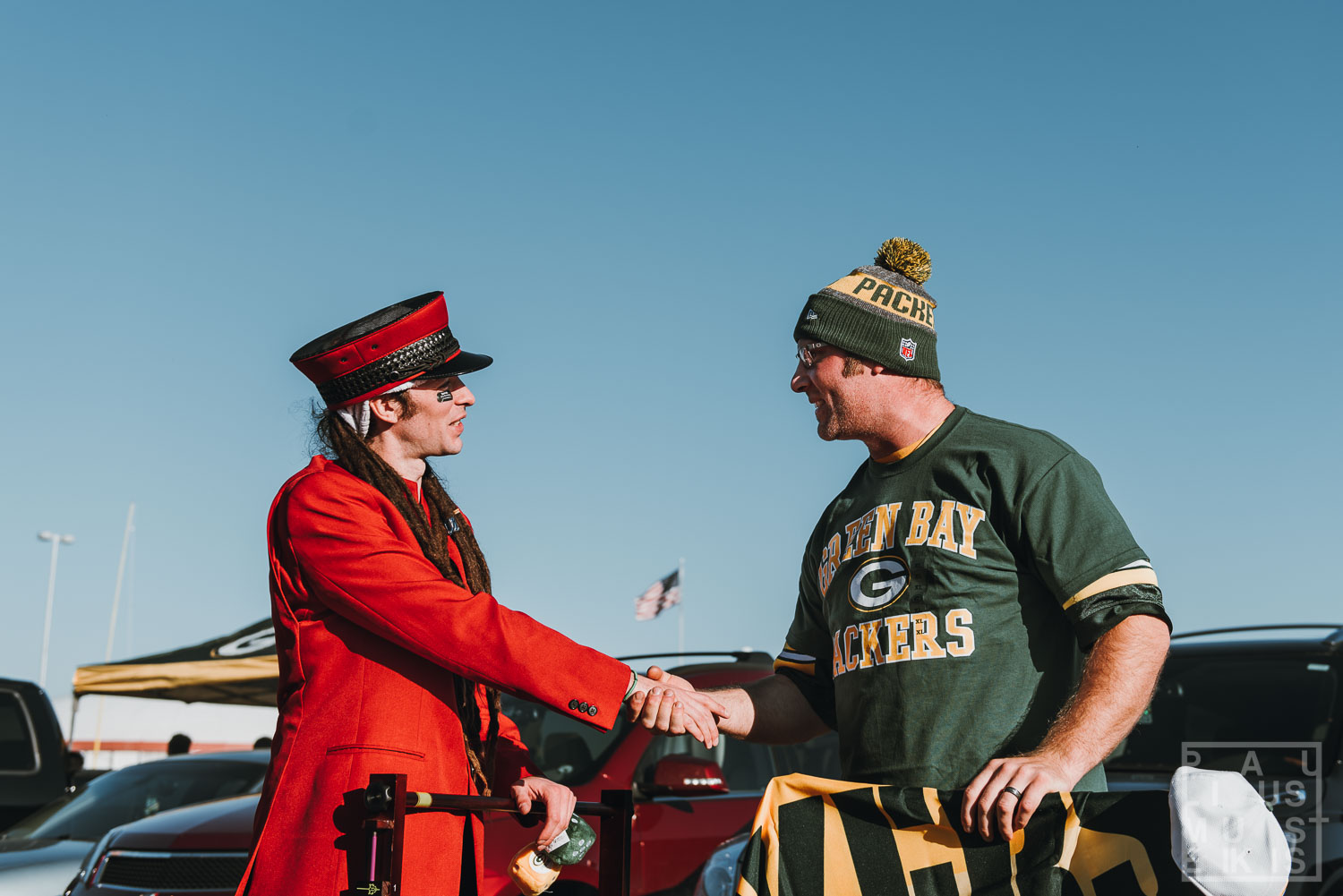 Are you in charge for an upcoming corporate event? Looking for someone who have done it before, can listen to your needs and help with decision making when it comes to corporate event photography? Look no further.

With continuously photographing corporate events for returning clients such as MMoCA, Slopig, Death’s Door Spirits, Convergent Science, Madison Social Media Breakfast, Quistic, 100State, etc. I built skills needed to ensure you get the best out of your upcoming event.